Golnar Kat Rahmani (@golnarkat) describes herself as an observer; interested in people, type history and astronomy. She studied Graphic Design at Tehran University, followed by Visual Communication at Weißensee Academy of Art Berlin. In 2016, she launched Studio Kat Rahmani, which specialises in communication design across typography, type design, identity and editorial design.

Golnar will talk about the project @typeandpolitics . It attempts to depoliticizing Persian-Arabic type by removing the ideological & negative connotations from it.

DOUBTS & DIALOGUES
Organized by the master’s programme »No Doubt: About Decisions«, DOUBTS & DIALOGUES is a series of presentations surrounding graphic design, sociology, design theory and philosophy. The six evenings with two presentations each will revolve around design and its responsibility and challenges in regard to society. 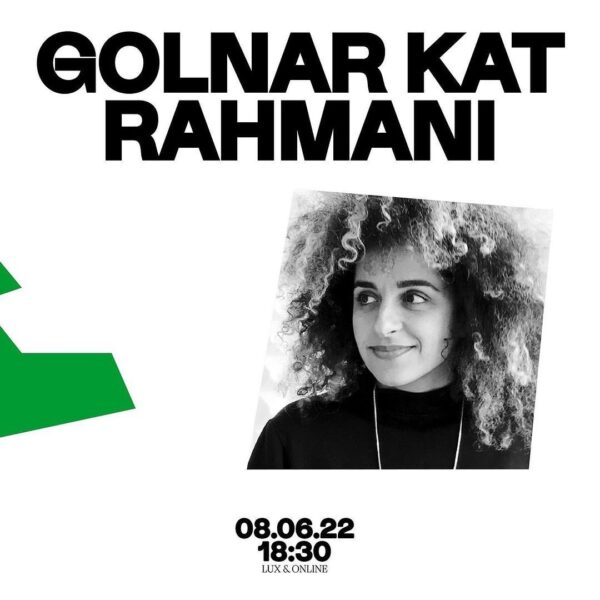 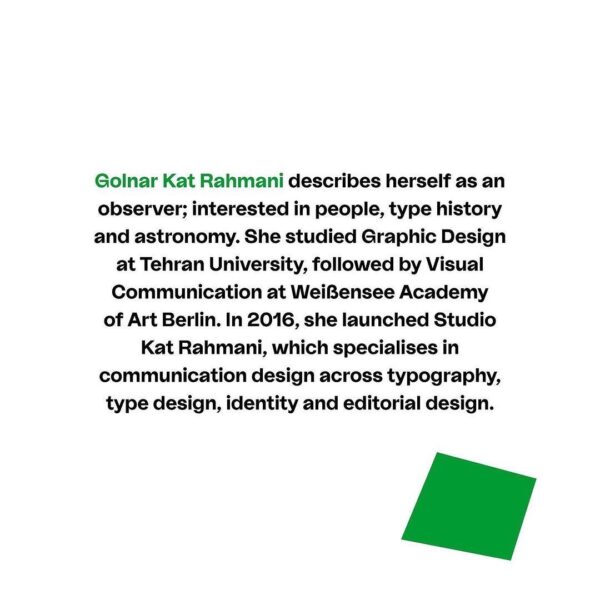