The world of fungi is characterized by a remarkable ability to evade scientific attention. With their vast subterranean networks, their strategies of intertwining and symbiosis and their diversity of ephemeral forms, fungi subvert the boundaries of traditional disciplines and provide a vivid counter-model to science’s increasing fragmentation. As masters of cooperation and mediators between inorganic and organic matter, fungi stand out as model organisms for topological thinking and alternative forms of knowledge production. Especially their capability of regenerating ecological systems is of particular interest for artistic research and citizen science.

The project »The Lure of Mycelial Space« makes fungi the nodal point for an exploration of relational, non-linear and ahierarchical forms of knowledge and knowledge production. Building on Roger Caillois’ model of the »diagonal sciences«, it follows »nature’s transversal paths« and tries to make links between different disciplines productive – to engage in the very »lure of material space« (Caillois) that questions every boundary between self and other, between organism and environment, between theory and practice. Caillois developed a theory of artistic research avant la lettre, which he was to rediscover not only in cross-connections between humans and insects, but also in correspondences with the world of minerals and stones. Mushrooms alone mark a significant blank in Caillois’ work, which the proposed project aims to address in an experimental and playful search for traces.

Beyond the »constraints of an overly narrow rationality« the project draws on the idea of a tangible »multispecies assemblage« and a variety of »different futures« (Anna Tsing). It thereby attempts a non-intentional and open-ended approach to mycelial knowledge, in which the mushrooms themselves, as effective agents and ›cooperation partners‹, are to help sound out interstices between disciplines. In the days leading up to the conference, the initiators will conduct several tours through the Biosphere Entlebuch near Lucerne, during which they want to gather experiences around fungi and open up unexpected spaces together with experts from different disciplines and professional fields (mycologists, ecologists, mathematicians, film makers, psychedelic therapists, etc.). The explorations will be documented in different forms (texts, photos, videos, sound recordings, drawings, etc.). The results of the workshops will be presented and put up for discussion at the »Traversing Topologies« conference.

The three initiators of the project »The Lure of Mycelial Space«, Ilka Becker, Sarah Kolb and Jutta Strohmaier, have cooperated in artistic and scientific projects since 2004 and first met in this constellation of three in 2007 at the conference »Just Not in Time. Inframediality and the Genealogy of the Unexpected« at the Kölner Kunstverein. They share interests in agential and relational conceptions of space and time, in the theory and practice of photography, film and video, in alternative concepts of learning and teaching, and in the theory and practice of transdisciplinary and artistic forms of knowledge production. The project »The Lure of Mycelial Space« is conceived as a collaborative and transdisciplinary experiment in which the initiators seek a playful exchange with invited experts in order to cultivate a practice of conscious indiscipline and openness to the unexpected, which they plan to develop further with a series of other projects in the coming years.

Ilka Becker is an art historian, theorist and curator. She is professor of art history and member of the Institut Designlabor Gutenberg at the University of Applied Sciences in Mainz and board member of Temporary Gallery – Centre for contemporary art in Cologne. From 2013–2018 she was visiting professor at the Braunschweig University of Art and participating scientist in the research training group »The Photographic Dispositif«. She is currently finishing a book on mushrooms and undisciplined knowledge in modern and contemporary art. For a list of publications see www.hs-mainz.de/personenverzeichnis/ilka-becker.

Sarah Kolb is an art scientist, philosopher, and curator based in Vienna and Linz. With her research project »Topologies of Artistic Research. Relational Knowledge in Art and Theory« she is FWF Elise Richter Senior Fellow at the University of Art and Design Linz and founding member of VIKTORIA Art and Research Space in Vienna. Before she was visiting professor of 20th century art history at the University of Salzburg, research associate at the University of Art and Design Linz, visiting lecturer at the Academy of Fine Arts Vienna, and curator at the Vienna Secession. Sarah Kolb was holder of several scholarships in Austria and abroad. For a list of publications, exhibitions, and other projects, see www.relational-knowledge.net.

Jutta Strohmaier is an artist and art educator based in Linz. She is professor for art education at the University of Art and Design Linz. She worked as a researcher at the University College of Teacher Education Vienna/ Krems and as a secondary level art teacher in schools. Since 1999 her artistic work has been presented in numerous international exhibitions and festivals. Her art work investigates fundamental questions of perception and the location of the self in relation to the world (www.jutta-strohmaier.net). Her artistic-pedagogical work is aiming to establish cross-fertilizing connections in interdisciplinary learning environments. 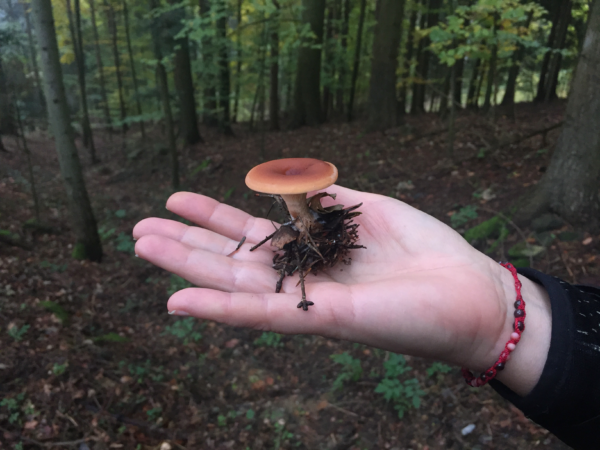